I am ashamed to say that I’ve spent way too much time hate-watching Alex Jones and/or InfoWars videos. Each & every one is chock full of ads featuring Alex Jones or one of his minions pimping out such products as ‘Super Male Vitality Drops’ or ‘Caveman True Paleo Formula Safety Water’ (who comes up with this shit?)

Here’s the punchline: the man is literally selling poison.

According to the CEH, which purchased the samples tested directly from the InfoWars online shop, “People who take the Myco-ZX product would ingest more than six times the daily limit for lead under California law.” Those taking Caveman True Paleo would ingest twice the Californian daily lead limit. -Gizmodo.com

It turns out, his fans are so loaded up on lead-infused caveman juice that they don’t know their ass from a hole in Alex Jones’ face that never seems to stop trying to sell them something.

Maybe this is why Jones’ angry-Shrek-on-crystal-meth delivery works so well at selling the conspiracy theories he seems to pull straight out of his ass: 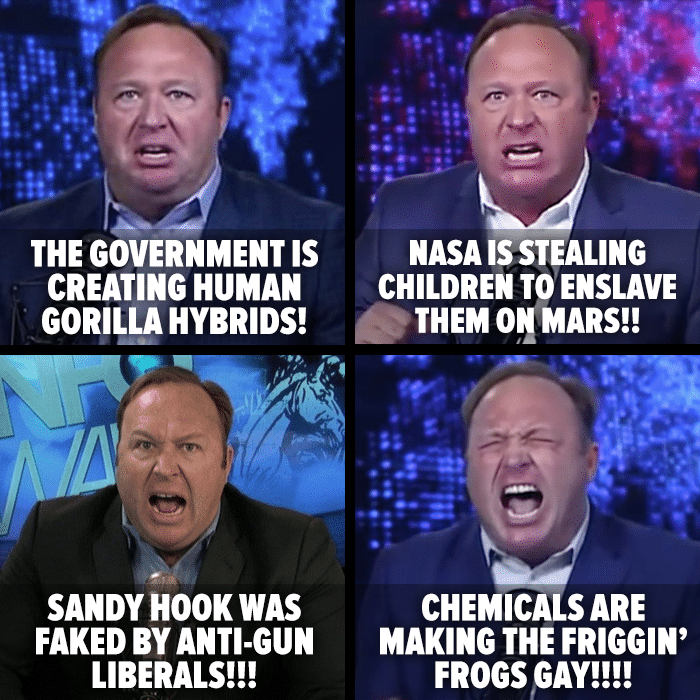 It’s easy to shrug a lot of this stuff off, until you realize that InfoWars has millions and millions of true believers who consider everything that grumbles off of Alex Jones’ chili-stained tongue as nothing less than absolute gospel.

Is there not a more perfect metaphor for what these pundits on the right are doing? Like Rush Limbaugh urging his audience not to bother evacuating Florida because, “Hurricane Irma Coverage Is a Liberal Media Plot to Advance their Climate Change Agenda,” and then evacuating himself the fuck outta dodge a day later. Or Breitbart ripping into the NFL players kneeling during the national anthem as being un-American and then defending people like White Nationalist Richard Spencer under the guise of free speech.

I would chalk it up to ‘stupid is as stupid does’ but even our President believes this shit. He considers Alex Jones to be a trusted adviser whom he told, “Your reputation is amazing. I will not let you down,” after he was elected. 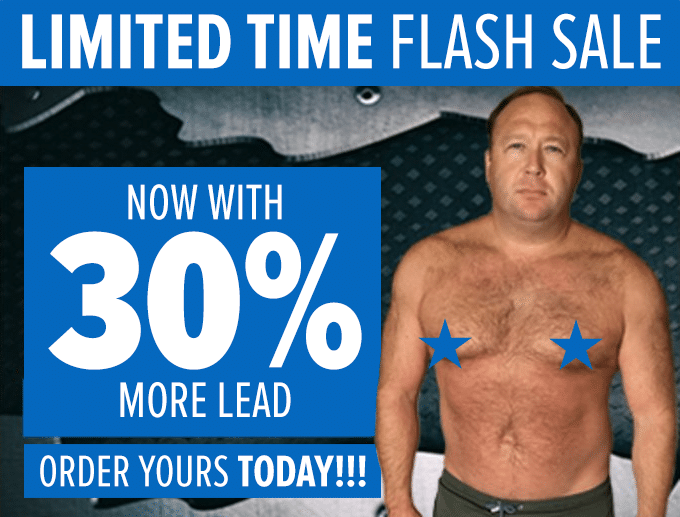 And there are literally millions of people who buy this crap. It is not all Russian bots flooding social media propping up all these theories. It is actual, bonafide people. Real people out there in the real world who think Hillary ran a child sex slave ring out of a pizza joint in DC, or that Obama was secretly in league with ISIS to destroy America.

But if you feel like the legions of alt-right morons are a result of our poorly funded and crumbling public education system, it might also be that lead poisoning is giving people drain bamage.