Look, politicians carrying water for big corporations lie all the time. But in three decades of policy fights, I’ve rarely seen the level of hypocrisy, double-dealing and look-you-in-the-eyes lying that has characterized the current tax fight.

This isn’t just class warfare waged by the super rich. It’s an Orwellian insistence that the victims will be beneficiaries.

We have to call this for what it is and answer with the truth. For a deep dive, check here and here and here.

But what I want to talk about here is who’s responsible.

The tax scam is no done deal – House and Senate negotiators must still agree on a single package, and that package must win approval in both houses. Given the narrowness of the margins for approval in both the Senate and House, and the significant differences between the bills each passed, I believe the entire effort may still collapse – especially if the public grasps what’s at stake and mobilizes.

But the uncertainty over the ultimate fate of the tax cut is no reason to delay identifying the culprits. Each and every person who had a hand in crafting and passing these proposals for monstrous transfers of wealth to the superrich must be held accountable.

For now, let’s start with the conspirators who merit special attention: 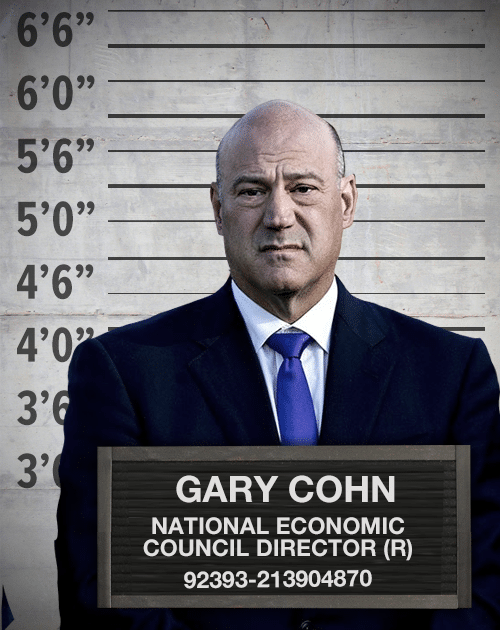 Gary Cohn engaged in very public hand-wringing about whether to remain in the Trump administration in the wake of the Charlottesville outrage, but decided the “once-in-a-lifetime” opportunity to make history by cutting taxes for the rich was too great to pass by.

Cohn stubbornly pushed the line that corporate tax cuts would unleash new corporate investment – despite the fact that, in a story I can’t believe didn’t get more play, he asked a roomful of corporate executives who would undertake that new investment, and no one raised their hand. During his time pushing the tax bill, Cohn racked up quite a record of interesting statements: “The wealthy are not getting a tax cut” (September 28). “I’m really not upset” that the wealthy are getting a tax cut (November 9). “The most excited group out there are big CEOs about our tax plan” (November 9).

Unlike others on this list, Rubio offered a dose of honesty about the tax cut. But any points for truthfulness are negated by the actual content of what he said: These gigantic tax cuts are the first step in the plan to slash Social Security and Medicare. “The driver of our debt is Social Security and Medicare for future beneficiaries,” he stated. Actually, now that I’m thinking about it, don’t give Rubio that many points for honesty: in those same remarks, he also insisted that the tax cuts would generate economic growth. 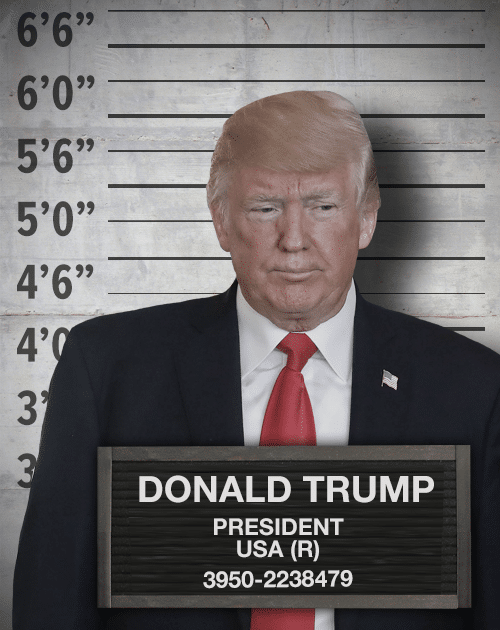 The Liar-in-Chief says, “This is going to cost me a fortune, this thing. Believe me. Believe. This is not good for me.”

Provisions on the estate tax, pass-through corporations and other get-rich vehicles for Trump & Co. would directly benefit the President and his family, potentially saving them a billion dollars or more. Eliminating the estate tax would save his children more than half a billion, and potentially much more if Trump actually is worth $4 billion, as he claims to be. And let me be clear: those are conservative estimates. The provision on pass-through corporations – without getting into a ton of detail on those, I’ll just say that Trump’s empire includes about 500 of them – would enable him to slice his tax rate by a third or more. 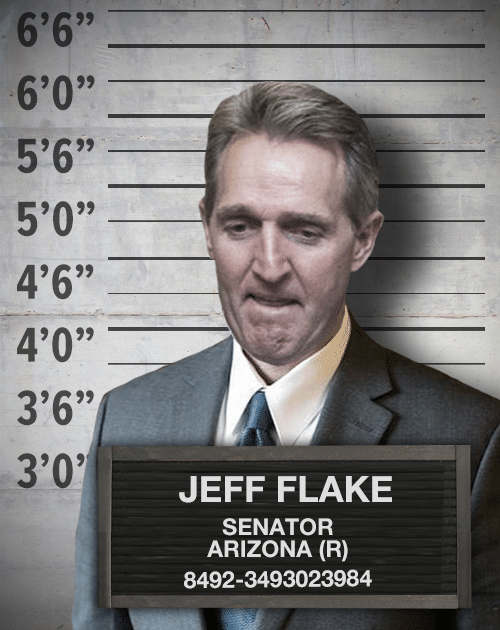 A self-proclaimed deficit hawk, Flake traded his ‘Aye’ vote for two things: an altered provision on business expensing, which could change or be offset by other corporate tax cuts, and a promise to be part of the negotiations over DACA, the Deferred Action for Childhood Arrivals. Not for a commitment on DACA, but a “seat at the table.” Senator Flake, we admire some of your recent criticisms of Donald Trump, but – and this is probably the first and last time I suggest looking to Donald Trump for advice – he wrote this book called “The Art of the Deal” that maybe you should check out. One of his lessons was: “Use your leverage.” That trade may be one of the weakest concessions ever obtained in a negotiation. 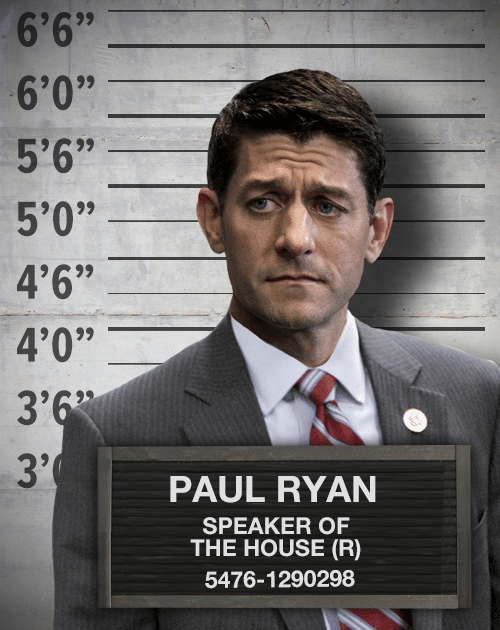 The frat-boy-turned-policy-wonk continues to insist that the tax cuts will pay for themselves. He insists that they will promote economic growth to such an extent that the government’s overall tax revenue will remain consistent. These are just fancy ways of saying “trickle-down economics,” and no serious economist believes it. Nor does anyone with a dose of common or historical sense. The very same promises have accompanied previous tax breaks for the rich, and they have never, ever borne out. 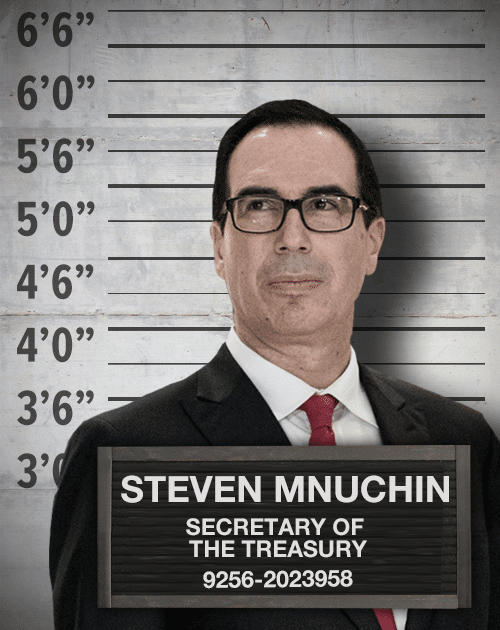 Steven Mnuchin helped lead the chorus around the lie that the tax cut would pay for itself. He even feigned backing it up, promising that the Treasury Department was conducting an analysis to prove the point. But the analysis never appeared, raising two troubling scenarios, as Senator Elizabeth Warren put it: “Either the Treasury Department has used extensive taxpayer funds to conduct economic analyses that it refuses to release because those analyses would contradict the Treasury Secretary’s claims, or Secretary Mnuchin has grossly misled the public about the extent of the Treasury Department’s analysis.” A month before that, Mnuchin’s Treasury Department removed from its website a 2012 study that refuted his claim that corporations would pass on most of the savings from tax cuts to their workers. Very above-board!

This list could go on and on, but I’ll wrap it up with some honorable mentions:

Senator Majority Leader Mitch McConnell rammed the tax cut through the Senate with utter disregard for openness and normal process. As minority leader, he savaged Democrats for procedural maneuvers that look straight out of Schoolhouse Rock in comparison.

Senator Susan Collins soothed her conscience in supporting the bill by winning modest health care measures that won’t begin to offset the damage the bill does to the nation’s health care system, leaving aside the rest of the devastation it will wreak.

Senator John McCain failed to stand behind his call for “honor” and “a return to regular order” and undermined his contribution to the country in opposing repeal of the Affordable Care Act.

There have been few votes in recent memory more disgraceful than the passage of these cuts through the House and Senate. The effects will be wide-reaching, and they will be devastating.

There are only days or weeks to go before both houses will vote on a reconciled bill. And there’s only one way to stop the legislation from becoming law: massive public mobilization – from Capitol Hill offices to local town halls – that makes very clear the culprits will be held to account.

Robert Weissman is president of Public Citizen, a national nonprofit advocacy organization that has been standing up to corporate power and holding government accountable for 46 years.