Governor Jerry Brown has VIPs from across the planet pouring into San Francisco this week for his Global Climate Action Summit. With his recent moves to block the Trump administration’s plans to expand drilling off the coast of California and on public lands, the Governor wants everyone to believe he’s the new face of the climate fight in the U.S.

But we live in the shadows of California’s massive oil extraction and we’re here to tell you that Jerry Brown is no Climate Hero.

We both have felt the nausea and headaches as toxic chemicals are pumped into and out of the ground next door, blowing rotten odors into our homes and waking us with near-deafening noise. We are among the 5 million Californians who live within one mile of an active oil or gas well.

While Governor Brown focuses on the shiny objects of “climate leadership,” standing up to the Trump administration and preaching the dangers of climate change, he himself has outright failed to address the oil extraction and production happening across the state. In fact, Brown himself has jurisdiction over four times more oil wells in state-controlled waters than Trump has control in federal waters off the California coast. According to analysis by the nonprofit FracTracker Alliance, Brown’s administration has issued about 238 permits for new state wells in existing offshore leases between 2012 and 2017.

Brown has proven that it’s easy to criticize another for an injustice to distract from the fact that you too are committing the very same injustice.

We are the faces of the real fight against the fossil fuel industry.

California is also home to the most polluted cities in the United States. Our massive fossil fuel industry contributes to poor air quality that is making our communities sick. Arvin and Los Angeles California both rank among the worst air quality in the nation, according to the American Lung Association’s annual State of the Air report.

We are two Californians, from very different communities but impacted by the same environmental injustice. We are teaming up to make change at the local level to protect our communities, our health, and the climate, in the absence of strong leadership at the top. We have fought and won in Arvin, when the city took historic steps to protect residents from the health and safety threats from oil and gas wells in their neighborhoods after years of the community speaking up with health concerns. The Arvin City council unanimously voted to change their oil and gas ordinance, which had not been updated since the 1960s. Among these changes is a required health and safety buffer zone, requiring any new oil wells to be located at least 300 feet away from homes, schools, parks, and hospitals. It’s a start, but we know it’s not enough. 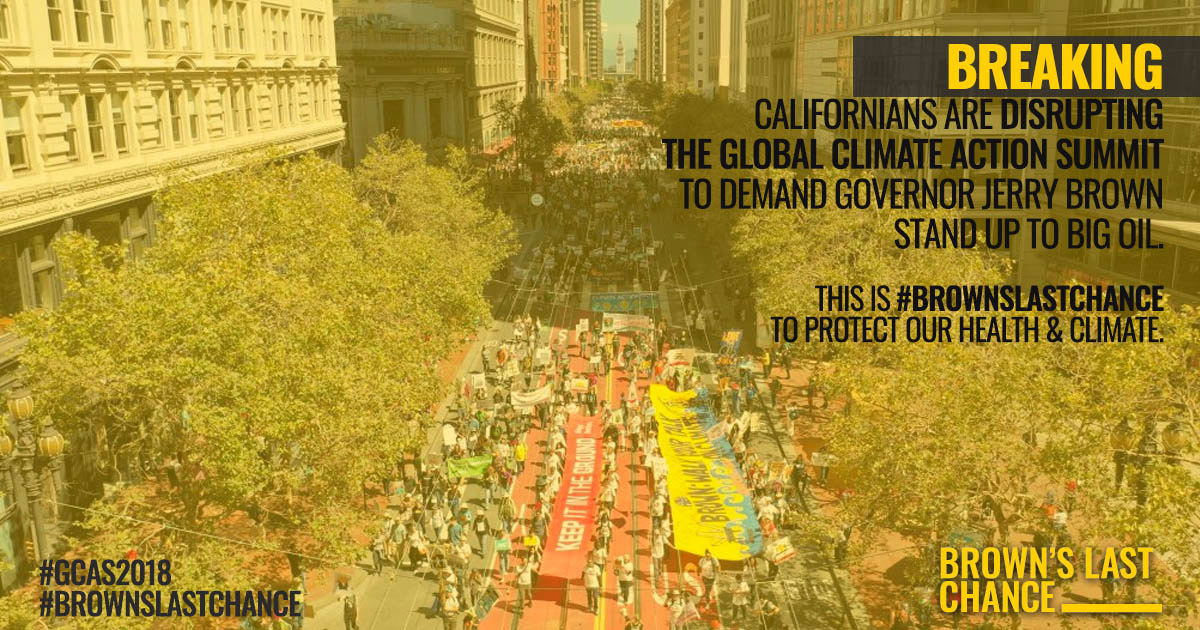 According to the Los Angeles Department of Public Health, which is helping the City of Los Angeles explore their own health and safety buffer policy, it takes well over 1,500 feet to keep families safe from all of the risks of neighborhood oil drilling: air quality, noise, odors, and fires, explosions and other catastrophes.

As the Los Angeles City Council studies the establishment of a 2,500-foot health & safety buffer, Culver City, home to 10 percent of the largest urban oil field in the nation, has committed to studying how it can begin to phase out oil drilling.

Local elected leaders, from Arvin to Los Angeles, are being forced to take the climate leadership role that Governor Jerry Brown refuses to take. Under Governor Brown’s watch, California has remained a world leader in oil production and the third largest oil producer in the United States.

We have seen too many midnight nosebleeds, asthma-attack-induced emergency room visits, miscarriages and missed school days to be satisfied with Brown’s talk on climate change. His hypocritical relationship to the fossil fuel industry has lasted for too long.

But, powered by a vision for California, we are determined to keep fighting to protect communities, from Arvin to Los Angeles to Sacramento, by demanding leadership at the state level–beginning with Governor Brown. Alongside communities, activists, parents, youth, environmental and consumer groups, we are demanding that Brown reject permits for new fossil fuel projects, develop a plan for a just transition that protects communities like ours most affected by oil production, and institute a statewide 2,500ft setback from oil production and communities.

For those coming to California for this global moment in the fight against climate change, we are waiting for you, and we want you to see our faces on the frontlines.